AAA  All Star Construction is a fully certified A License – General Engineering Contractor. This certifies that we are capable of dealing with home remodeling and other forms of engineering contracts. The certification is given by Contractors State License Board (CLSB) and states that the company is certified to carry out works that are defined in the business & professions Code.

According to Division 3, Chapter 9 of the Code, Contractors, Article 4, Classifications 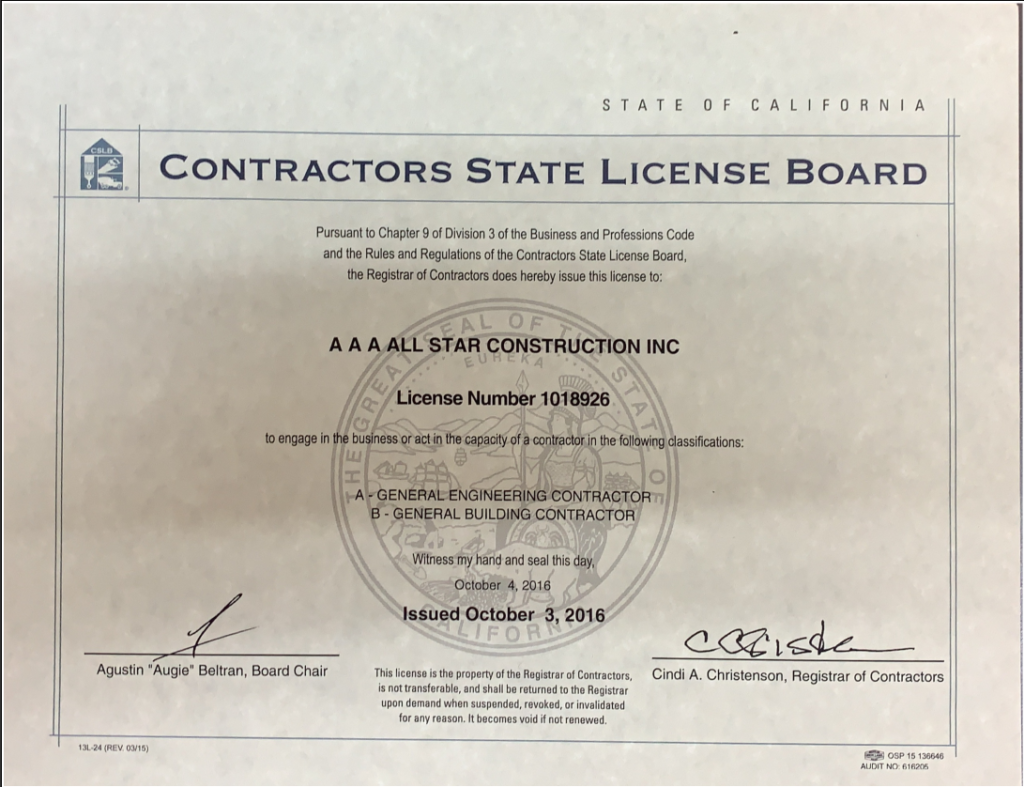 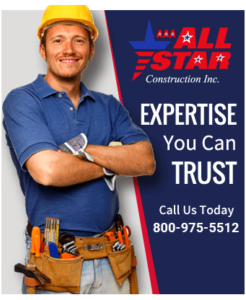